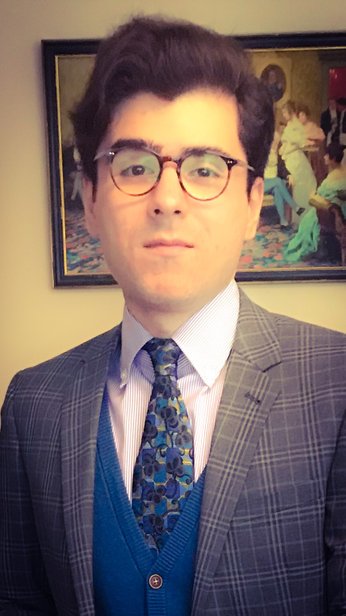 Interview with The CosmoPolite Times (German)

After his debut in the concert hall of Mülheim an der Ruhr in the presence of the mayoress, the German-Turkish pianist and composer Deniz Türkmen established himself as one of the prime virtuosos in the history of Mülheim an der Ruhr, his hometown. A historical concert, which was in several magazines, newspapers and radios – the breakthrough, that opened the door to Europe for him. He had stations in Germany, Netherlands, Belgium, Denmark, United Kingdom, Poland, Czech Republic, Austria, Italy, Slovenia, Hungary, Croatia, Serbia, Macedonia, Bulgaria, Greece and Turkey, on this tour he get also inspired for his first masterpieces. Beside his concerts and working as leader on projects in different places of Europe, he also lived a long time in Rome, where he gave concerts and seminars. Afterwards, Deniz Türkmen and his group GOLDEN BULWARK toured through Europe with a large project.

“Deniz Türkmen is one of the greatest virtuosos of our time, a multitalented ambitious young man, a creator of a new music, a maestro who is on the way to be a composer like Chopin and Liszt – musicians will play his compositions even in thousand years!”

Before the breakthrough, he was awarded by Paul Brenninkmeyer as his best student ever. Peter Feuchtwanger predicted a big career for Deniz Türkmen, who presented a premiere of his own compositions in the hall of mirrors in Mülheim an der Ruhr. Bernhard Bücker louded Deniz Türkmen for his brilliance.

Deniz Türkmen now teaches his students and performs all over the world with concerts, projects and seminars. He is sponsored by bee smart city.

In 2018, he was awarded with the PoliteAward for multitalented people by The CosmoPolite in California.

In 2019, many of his musician friends advised him to participate in the Erwin Schulhoff Competition for pianists and composers in Florida. Although Deniz Türkmen is not a friend of competitions, he finally took part there and won the first prize with much praise from the jury. From 2020, Deniz Türkmen himself will sit on the jury.

In addition to his career as a pianist, composer and piano teacher, Deniz Türkmen is also a successful engineer, trader, crypto expert, marathon runner, computer scientist, journalist and passionate cook.